By Harry Stevens and Shelly Tan
Even President Trump’s Republican allies in Congress are acknowledging that the administration was too slow and too unprepared to deal with coronavirus coming to America.

His most important congressional ally is not saying it outright so much as implicitly acknowledging it with this new argument: Trump was too distracted by impeachment in January and early February to focus on the coming pandemic.

Here’s Senate Majority Leader Mitch McConnell (R-Ky.) talking to conservative radio host Hugh Hewitt on Tuesday: “It came up while we were tied down in the impeachment trial. And I think it diverted the attention of the government because everything every day was all about impeachment.” 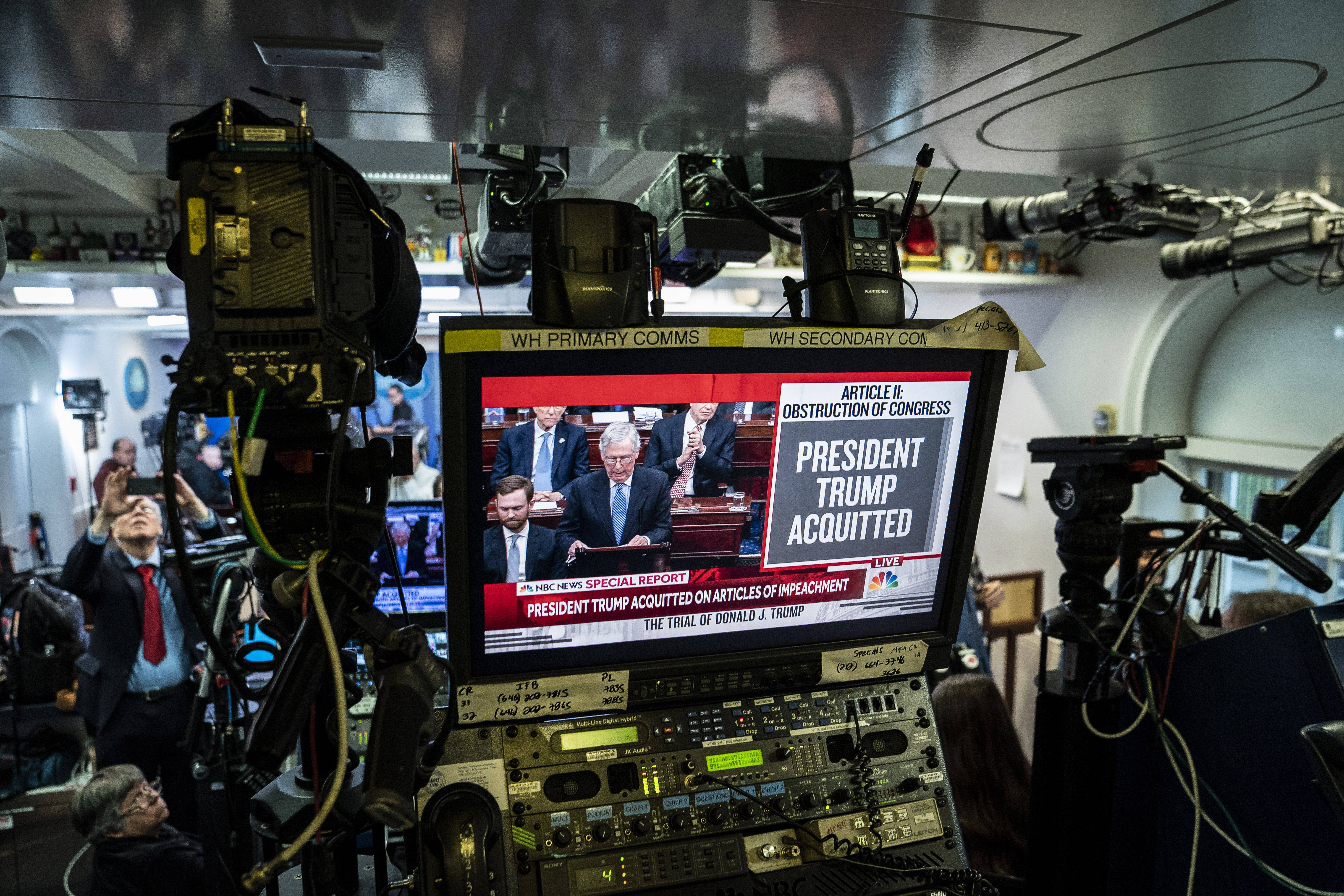 The scene in the White House briefing room Feb. 5 as the Senate votes to acquit Trump on both impeachment charges. (Jabin Botsford/The Washington Post)

The Republican National Committee and other Republican groups are starting to say this, too, though Trump notably hasn’t made this argument himself. It’s a dubious defense to be making of the president. Here’s why. 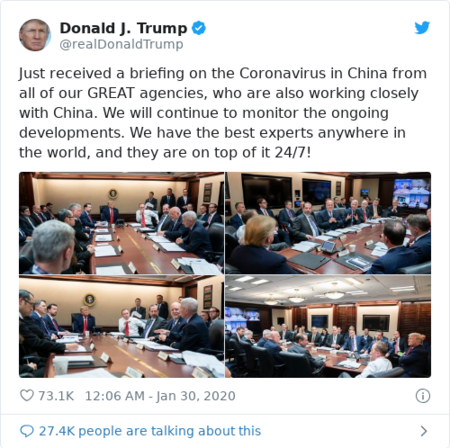 How Trump changed his mind on social distancing 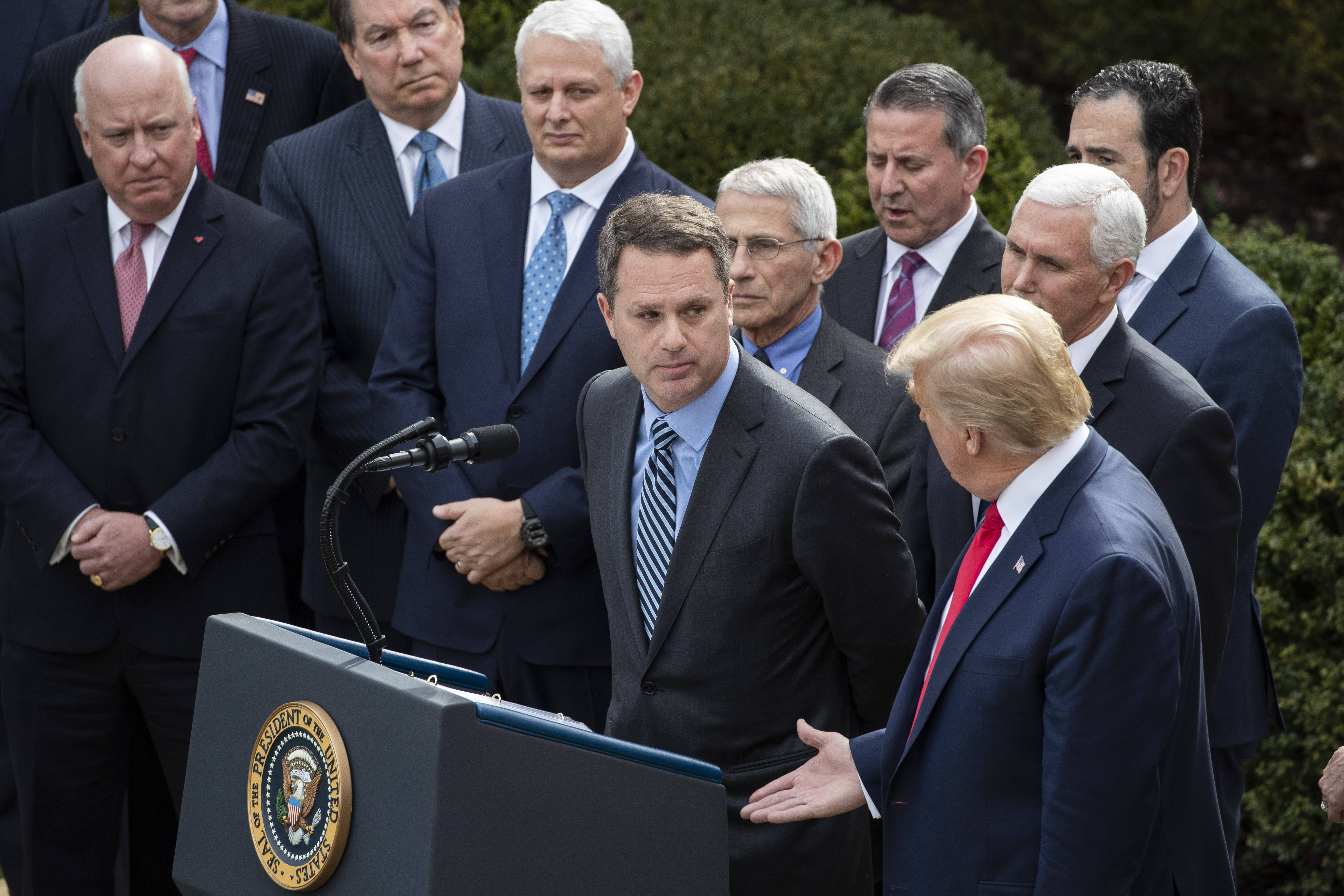 President Trump offers a handshake to the CEO of Walmart, Doug McMillon, during a coronavirus briefing March 13 as his administration urges Americans not to shake hands, among other social distancing measures. (Alex Brandon/AP)

He wanted to open the country up by Easter, worried about what a plummeting economy would do to his reelection. But by Sunday, he had agreed to extend social distancing guidelines through the end of April. What changed his mind? Our White House team interviewed 15 people in the administration and close to it and found that two things had moved Trump: 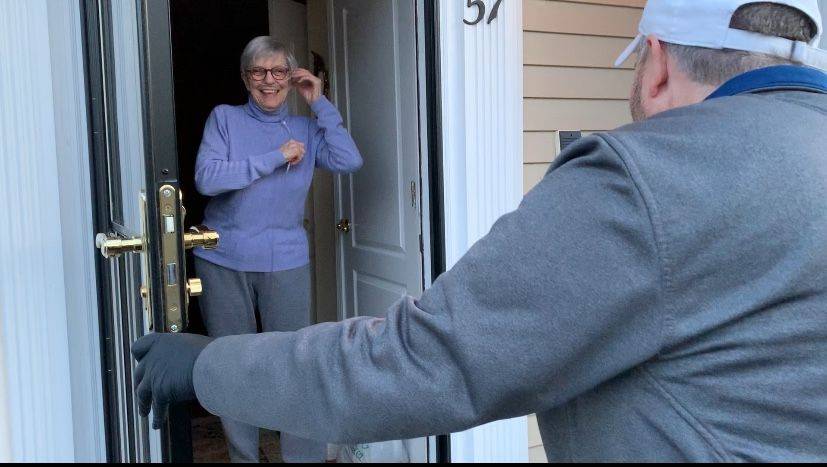 And now, a sweet gesture to end the day with: “My name is Greg Dailey and I deliver your newspaper every morning,” the note began. “I understand during these trying times it is difficult for some to get out of their house to get everyday necessities. I would like to offer my services free of charge to anyone who needs groceries, household products, etc.”

AFTER KELLYANNE CONWAY SAYS SHE DOES NOT KNOW LEV PARNAS, PHOTO OF THEM TOGETHER RESURFACES