Everything and everyone Trump is blaming for coronavirus

Everything and everyone Trump is blaming for coronavirus

As President Trump acknowledges 100,000 to 200,000 Americans could die of coronavirus, he’s not acknowledging responsibility for his administration’s sluggish response to it, even though they were warned weeks in advance it was coming to the United States. He’s cast blame elsewhere instead, even once saying: “I don’t take responsibility at all.”

That was in response to a question about the administration’s slow rollout of coronavirus tests, but based on who he’s blaming, it could be extrapolated to how he feels about the entire response. 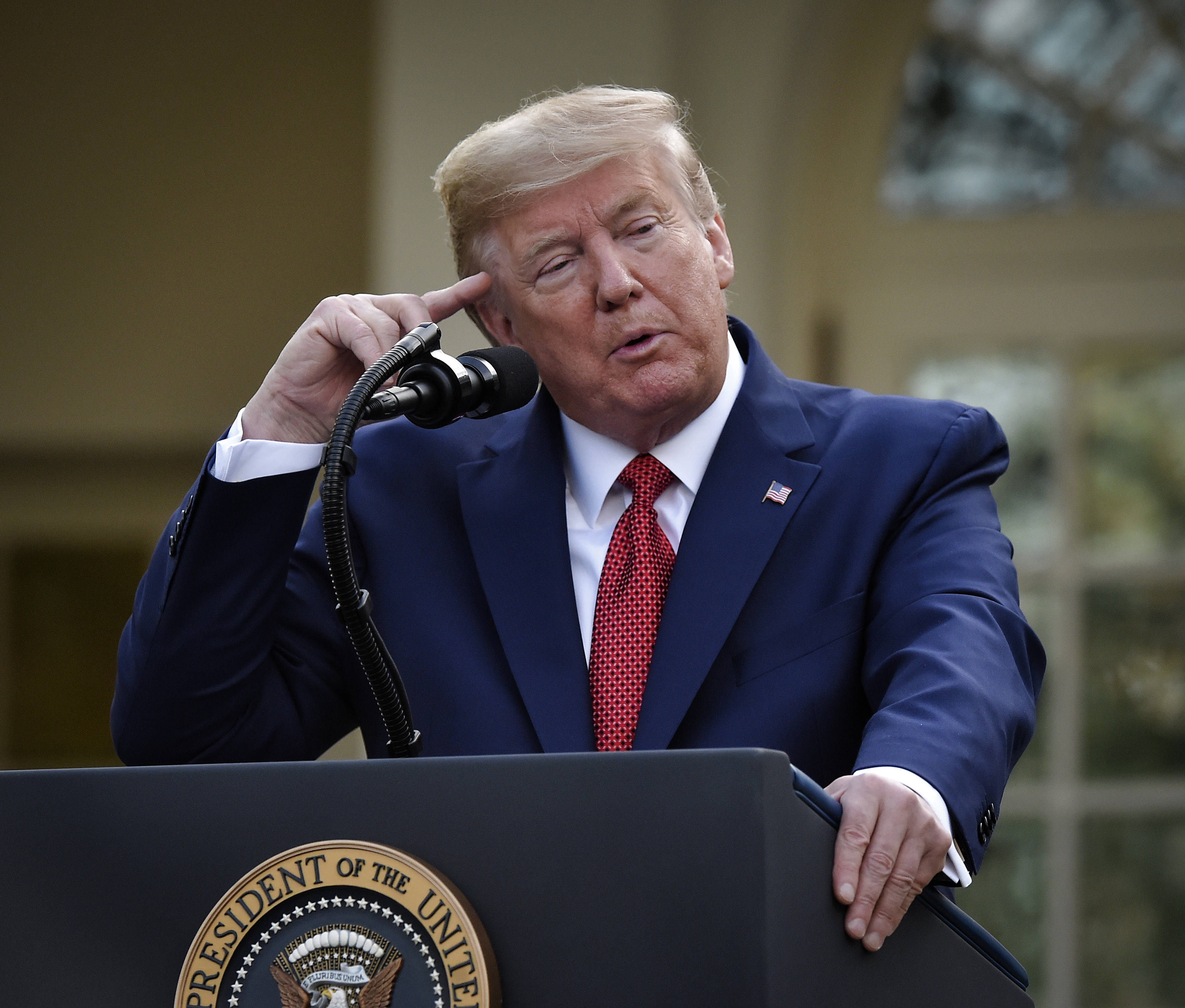 Among the people and places he’s blamed:

For: Not doing enough to slow the spread of coronavirus. “It would have been much better if we had known about this a number of months earlier,” he’s said. Trump is right that China tried to hide the extent of the problem of the virus. But U.S. intelligence officials had been warning in reports to Trump administration officials since January about the danger the virus presented to Americans. “The system was blinking red,” one official said.

For: Not building up the national stockpile of medical equipment. “Many administrations preceded me,” Trump said in March, in response to a question about why his administration did not spend weeks trying to build up a supply of medical equipment despite knowing ahead of time that coronavirus posed a serious threat. “For the most part they did very little with regard to what you’re talking about.”

It’s true the national stockpile was not ready for a nationwide pandemic. But the Trump administration was warned one was coming; why didn’t it do more to prepare?

For: Ventilator shortages. “Governors are supposed to be doing a lot of this work,” he has said of trying to get U.S. manufactures to make ventilators, something only the president has the authority to do under the Defense Production Act.

For: Ventilator and mask shortages. “How do you go from 10 to 20 [thousand masks per week] to 300,000?” he said Sunday, accusing hospitals of squandering tens of thousands of masks, without providing much detail about what he is alleging they did with them.

Trump frequently says he acted quickly because he closed borders to China early on, but Politico reports that a White House official acknowledged it was a push by Sen. Tom Cotton (R-Ark.) that helped them to act.

He has also celebrated a $2 trillion coronavirus relief package he signed last week that will give many Americans a $1,200 check. But his administration originally requested just $1.8 billion to fight coronavirus.

What’s up with the 2020 presidential race? 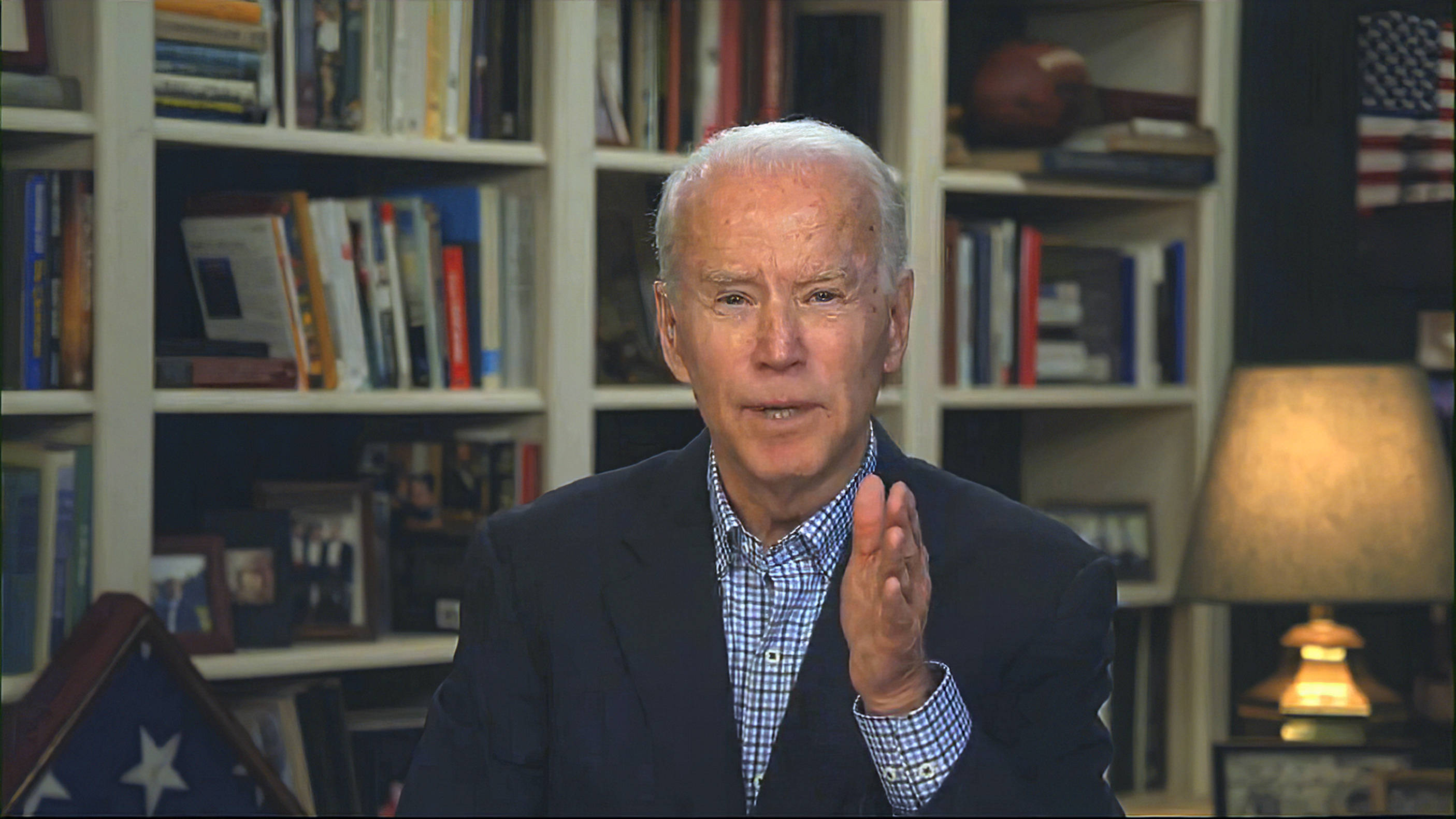 It’s relatively below the radar in this news cycle, but there is underlying tension in the Democratic race. Sen. Bernie Sanders (I-Vt.) does not have a plausible path to the nomination, but he’s staying in the contest, possibly until the convention in July.

That’s causing heartburn among some Democratic strategists, who blame a similar decision Sanders made in 2016 for Hillary Clinton’s loss, The Post reports: “Then, as now, an impassioned band of Sanders supporters voiced their displeasure loudly and widely, sometimes echoing the harshest attacks of Trump and his allies with little reproach from Sanders.”

And former vice president Joe Biden has reason to be worried about something else: Trump’s improved approval ratings and a narrowing of Biden’s polling advantage over Trump. A Washington Post/ABC News poll in February had Biden up over Trump by seven points. Now, that poll finds Biden up by two points. That same poll shows voters approve of Trump’s handling of the economy.

I caution against predicting what any poll will mean for an election seven months away, especially a poll taken during such a tumultuous time. But at the very least, this poll suggests Biden has to find a way to effectively challenge Trump’s response to the virus and to convince voters he would be more competent in his place.

Мнения, выраженные в публикациях на этом сайте, являются мнениями авторов публикаций и могут не совпадать с мнением администрации сайта Agonist.Site.
Opinions expressed in articles within this site are those of their owners and may not reflect the opinion of Agonist.Site.